Healing our culture by breaking the cycle of abuse, guilt, complicity and privilege. 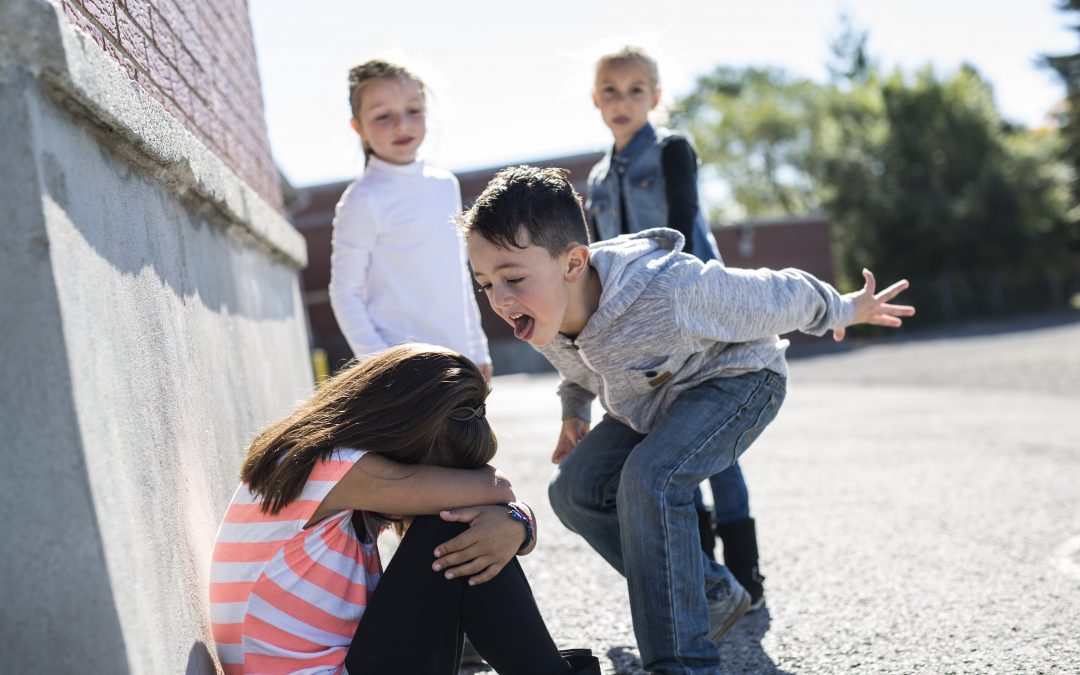 At this cultural moment, we are in the midst of a multi-generational struggle that will decide whether we stop a cycle of violence and abuse, or preserve this cultural system that preserves privileges for some, at a high cost to all. The system is not even good, healthy or moral, even for those who supposedly “benefit” from it.

I have been studying and teaching about abuse prevention for over two decades, and just finished years of research for the new book “Doing Right by Our Kids–Protecting Child Safety at All Levels,” co-authored with Kidpower founder Irene van der Zande. (Important note: this article reflects my own opinion and analysis and not anyone else’s). I am also an Executive Producer of the documentary “The Rape of Recy Taylor,” about the 1944 gang rape of an African-American woman by white teenage boys. Recy Taylor bravely spoke up and reported her rape immediately, but even after public outcry in support of Mrs. Taylor and an investigation that yielded confessions, her assailants were never indicted by a grand jury.

Synthesizing all these experiences and more, I can see the dysfunctional system that binds our culture together, that preserves a sexist, authoritarian power structure for itself. And whether you are talking about “boys will be boys” sexual assault (as alleged against Brett Kavanaugh), abuse by priests, or abuse within families, the pattern looks like this, going on in a repeating cycle:

*Adults in power abuse children. This causes trauma, shame and powerlessness among children of all genders. It is harmful for boys as well as girls and drives wedges and separations between males and females, reinforcing gender stereotypes and causing young women to fear young men and feel responsible for their own safety, and in some cases feeling pressured to become a guardian of virtue who makes sure she does not “tempt” the boys in her life. Listen to the excellent “Fresh Air with Terry Gross” (9/18) interview with “Pure” author Linda Kay Klein about how Klein broke free from the evangelical purity movement. The amount of shame and self-hatred she and other girls felt toward their own bodies and sexuality was incredibly debilitating and harmful. These girls were put at war with themselves, as well as being turned against the boys in their lives.

*Children and youth abuse each other, through bullying and sexual assault. In many cases, young men are actually encouraged by society to commit sexual assault as a “rite of passage” into manhood. This is what happened with the gang rape of Recy Taylor. White teenage boys would “get a woman” as they pleased, kidnap and rape women, especially women of color, as they “became men.” Sometimes as young teenagers they would watch the older boys as bystanders, and then would participate in assaults themselves when they got older. This process is akin to the cycle of hazing, which is still replicated in many parts of our society. (See the work of Dr. Susan Lipkins, the Blueprint of Hazing, https://www.insidehazing.com/) It is important to note that not every child who experiences the trauma of abuse goes on to abuse others. And not every person who engages in abusive behavior was abused. But at a societal level, the abuse of children by adults is a major force perpetuating this destructive cycle. Young people can be shamed into silence if they experience abuse, or guilted into complicity if they commit abusive acts. This complicity is part of the next step of perpetuating the cycle.

*As teenagers hurt each other, the “boys will be boys” defense kicks in. That idea persists to this day, right out there in plain sight but I think we need to grapple with the purpose that these so-called “youthful indiscretions” serve in our society: committing these assaults makes these young men complicit in the system. They inherit the guilt of the corrupt system as they join it as young adult men. That means that for the rest of their lives they have to defend the system. Even if men did not personally assault someone, they don’t want to see their brothers, fathers, sons or friends get sent to jail. This was the case with the grand jury that would not indict Recy Taylor’s rapists. How many of those men on the grand juries had also taken advantage of the “privilege” of raping a woman? They were not going to put these “boys” in jail for something that was not only culturally normalized, but behavior that some of them had likely engaged in too. For another stark example of the system protecting itself, revisit the Senate Judiciary Committee in 1991 protecting Clarence Thomas. Go back and watch the videos–these Senators could not bring themselves to believe Anita Hill, who was clearly telling the truth. As we can see now with Brett Kavanaugh, people are worried that “any man could be accused next,” and there is some truth to that–the system protects itself by making sure that many young men participate in it an unethical, amoral way. Even if they “grow up and settle down” later, these men will always need to protect the status quo system in order to protect themselves and shield themselves from the guilt of past behavior–the ugly code of “Bros before hos.” Even though many young people reject violence and toxic gender roles, if a critical mass of people in power participate, the system churns on, protecting its own and perpetuating violence for another generation.

This is heavy and depressing and taking a toll on all of us, all the time. People have worked hard for generations to dismantle this system and we have seen two steps forward, one step back. We have to keep working to make a better world. The current sickness in our culture really does hurt everyone. There are two ways to move forward:

First, we must work on protecting Safety at All Levels to break the cycle of abuse among today’s children, youth and adults. This includes supporting and healing adult survivors of sexual abuse at any age. To stop abuse of today’s children, we MUST hold organizations accountable to Put Safety First, ahead of their own glory, fame, finances or reputation. This is hard work! As we can see with so many cases, including the Kavanaugh allegations, many powerful and respected institutions have failed to do this. Just look at the toxic culture within the 1980’s prep school Kavanaugh attended. It is the epitome of this whole sick system of raising privileged boys who dehumanized and used girls, but think that that behavior should not be held against them later. The Georgetown Prep boys were culturally groomed and encouraged to participate in rape culture as they ascended to the most privileged positions in our society. As Kavanaugh himself literally said in 2015, “Fortunately, we’ve had a good saying that we’ve held firm to to this day, as the dean was reminding me before the talk, which is ‘What happens at Georgetown Prep stays at Georgetown Prep.'” “That’s been a good thing for all of us, I think.” Relentless grassroots questioning and pressure from parents, survivors and activists is the main force that has caused very necessary change within organizations and institutions. Change has taken way too long in so many cases, see for example abuse by priests; Bill Cosby; Penn State’s Jerry Sandusky; and USA Gymnastics doctor Larry Nassar. We need to RADICALLY shorten the path to stopping abusers in their tracks on the first try, not after the 20th or 100th person has been victimized! My hope is that the #MeToo revolution will help with that going forward. Our book “Doing Right by Our Kids” describes practical steps you can take to prevent and stop abuse. Stepping forward still takes a lot of courage, but we provide solid information and strategies, including the key strategy of finding allies to work alongside us.

Second, I believe that we need to start discussing Restorative Justice paths that will help people who have engaged in abusive behavior in the past, in many cases white men, to make amends for the harm they have caused. I know from my work on the Title IX Task Force at UNC-Chapel Hill that making amends can be an important part of healing, in addition to any other paths to justice. I want men to be able to make genuine amends, apologies, reparations for past abuse and continue to function in our current society when possible. I don’t think that pathway has been built yet, and it would be fantastic if men themselves would take the lead in figuring it out, with sincerity and humility rather than defensiveness. I cannot yet point to a public success story in this area. Recently, famous men including Louis C. K., Jian Ghomeshi and John Hockenberry have attempted ill-received, defensive comebacks. That is not the model. Neither is Joe Biden’s lukewarm and self-congratulating recent “apology” about how he and his Senate Judiciary Committee treated Anita Hill back in 1991. (We–and more importantly, Anita Hill herself–still haven’t heard a real apology on this issue from Joe Biden.) But I want to think that path is possible. Understanding the cultural context does not take away the responsibility of abusers, and every case is different, so it is impossible to write about this perfectly. In psychology, getting people to change their minds and to overcome cognitive dissonance (“I think I am a good person, so how can I admit that I did something really harmful to another person?”) is one of the hardest things to do. If we want men to help dismantle the sick system that perpetuates abuse, I believe we have to provide more opportunities to make amends–otherwise how people who have caused harm open themselves up to taking a real look at what is going on, what they have participated, in, and to change themselves and the system that protects them? This is the cutting edge where many of us find ourselves thinking, “#MeToo –now, what’s next?” and I hope we can work together to continue this conversation and turn it into action!

But a startling number of conservative figures have reacted as if they believe Ford, and have thus ended up in the peculiar position of defending the right of a Supreme Court Justice to have previously attempted to commit rape—a stance that at once faithfully corresponds to and defiantly refutes the current Zeitgeist. These defenders think that the seventeen-year-old Kavanaugh could easily, as Ford alleges, have gotten wasted at a party, pushed a younger girl into a bedroom, pinned her on a bed, and tried to pull off her clothes while covering her mouth to keep her from screaming. They think this, they say, because they know that plenty of men and boys do things like this. On these points, they are in perfect agreement with the women who have defined the #MeToo movement. And yet their conclusion is so diametrically opposed to the moral lessons of the past year that it seems almost deliberately petulant. We now mostly accept that lots of men have committed sexual assault, but one part of the country is saying, “Yes, this is precisely the problem,” and the other part is saying, “Yes, that is why it would obviously be a non-issue to have one of these men on the Supreme Court.”

Breaking news of a second woman accusing Kavanaugh of sexual misconduct while they were students at Yale, supported by corroborating witnesses: